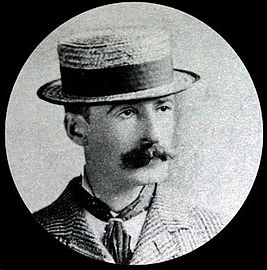 Winslow Homer (February 24, 1836, Boston, Massachusetts, USA — September 29, 1910, Prouts Neck Maine) — American artist and graphic artist, founder (along with Thomas Eakins) of American realistic painting. It is most famous for its seascapes. He is known for both his oil and watercolor works.             Most researchers consider Homer as the largest figure in American art of the XIX century, who influenced all the subsequent development of American painting.
Homer belonged to the first generation of American artists who created their own American art school. While most of his contemporaries regarded European art as an ideal, Homer, although influenced by a wide variety of artistic trends, was primarily based on purely American subjects in his work.
Homer's work is divided into two markedly different periods: until the early 1880s, when He lives mainly in new York and his painting is dominated by bright Sunny landscapes and scenes, and from the mid-1880s, in Maine, after a two-year break, which the artist spent in England. The latter period is more characterized by dark tones and scenes of violence and tragedy. 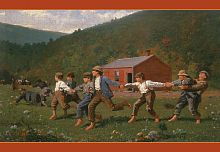 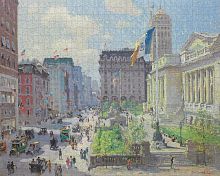