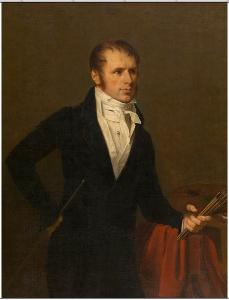 Jean-françois van Dahl (may 27, Antwerp 1764 – 20 March 1840 Paris)   fFrench painter and lithographer of Flemish origin. First studied architecture at the Antwerp Academy from 1776, despite his early passion for painting.

Dahl was a prolific and successful artist in their works and securing orders from such rich and influential people, like the Empress Josephine and Marie-Louise Bonaparte (1791-1847), and kings Louis XVIII and Charles X.
From 1793 to 1833 the distance was regularly shown at the Paris Salon and, after 1807 – sometimes in the Netherlands.

Van Dal remained a devotee of the Flemish tradition of flower painting, (Roses and Butterflies, 1802, Lille). But he also brings to his paintings a lot of French-inspired Japanese ikebana and decorative monumentality. 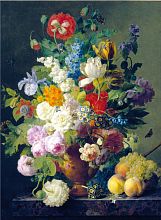 Trefl puzzle 1500 pieces: still life with flowers
Out of Stock