Sam Timm is a multi-faceted person: professional artist, athlete, Minister, husband, father and grandfather.
He says that his main devotion is to God, his family, and the Church service.
But after that comes the painting of the beautiful animal world.
The talent that he has developed along with some hard work and experience in school.
Several of his awards include:
New 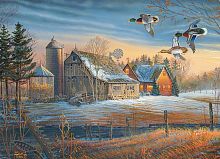 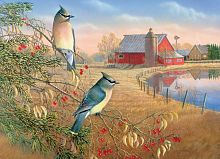