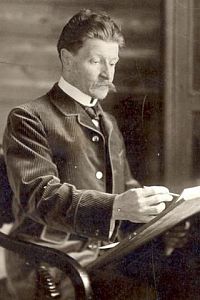 Since the autumn of 1880, Vrubel became a free student at the Academy and, apparently, immediately began to study privately in the workshop of P. p. Chistyakov, regular classes with him, however, have been documented since 1882. The artist himself claimed that he spent four years in training with Chistyakov.

One of the main things Vrubel did at the Academy was to meet Valentin Serov. Despite the ten-year age difference, they shared many things, including at the deepest level.

Reproductions of paintings by Mikhail Vrubel can also be purchased in the form of mosaics, which are available in the Vrubel puzzles section.