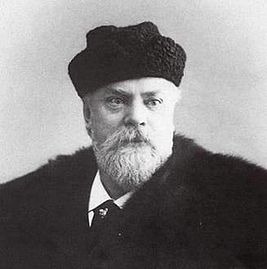 Was born in Moscow. The son of an art worker and Amateur artist, Yegor Ivanovich Makovsky, one of the founders of the "full-scale class" on Bolshaya Nikitskaya street, which later became the School of painting and sculpture, and after 1865 the Moscow school of painting, sculpture and architecture. Brother of the painters Alexandra, Nikolai and Vladimir Makovsky. The artist's younger sister, Maria Yegorovna Makovskaya, was an actress.

In 1851, he entered the Moscow school of painting and sculpture, where, becoming the first student, he easily received all the available awards.

In 1858, Makovsky entered the Imperial Academy of arts in Saint Petersburg. From 1860, he participated in the Academy's exhibitions with such paintings as" the Healing of the blind "(1860) and" Agents of Dimitri the Impostor kill the son of Boris Godunov " (1862). In 1863, Makovsky, along with 13 other students selected to participate in the competition for the Academy's Grand gold medal, refused to paint a picture on the theme of Norse mythology and left the Academy without receiving a diploma.

Significant changes in his style occurred after traveling to Egypt and Serbia in the mid-1870s. His interests changed from social and psychological problems to the artistic problems of colors and shape.

In the 1880s, Konstantin Makovsky became known as a fashionable author of portraits and historical paintings and became one of the highest-paid Russian artists of that time. At the 1889 world's fair in Paris, he received a Large gold medal for the paintings "the Death of Ivan the terrible", "the Trial of Paris"and" the Demon and Tamara". Some democratic critics saw him as a traitor to the ideals of the Peredvizhniki, who created, like Henry of Semiradsky, striking in appearance, but superficial in meaning.

In 1915, along with many other artists of his time, he participated in the establishment Of the society for the revival of artistic Russia. In June of this year, Konstantin Makovsky, who was the victim of an accident (a tram crashed into his carriage), died in Petrograd. He was buried at the Nikolsky cemetery of the Alexander Nevsky Lavra (the grave has not been preserved).