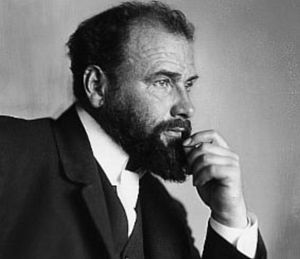 Gustav Klimt (German: Gustav Klimt; 14 July 1862, Baumgarten, Austria-Hungary — 6 February 1918, Vienna, Austria-Hungary) was a well-known Austrian artist, the founder of modern art in Austrian painting. The main subject of his painting was the female body, and most of his works are characterized by overt eroticism.

Klimt preferred women as subjects of the image. If there was a man in his picture, then his face is usually hidden or hidden.

Many contemporary critics, especially feminist art critics, criticize Klimt's way of portraying women as passive objects of male desire; they note that the man in" Kiss " dominates the woman who is forced to cling to him in search of support. "Kiss" is not the only picture in a series of talented works by this famous master of the brush, which, thanks to the efforts of mosaic manufacturers, were embodied in Klimt's puzzles. 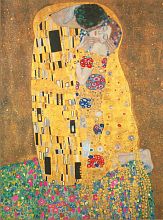 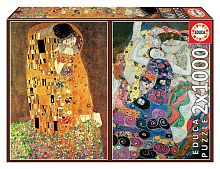