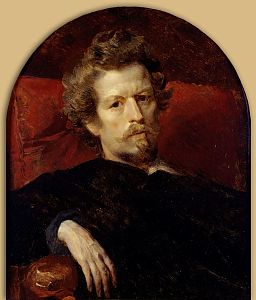 K. p. Bryullov's work became the peak of late Russian romanticism, when the sense of harmonious integrity and beauty of the world was replaced by a sense of tragedy and conflict in life, an interest in strong passions, unusual themes and situations. The historical picture is again brought to the fore, but now its main theme is not the struggle of heroes, as in classicism, but the fate of huge human masses.

In his Central work "the Last day of Pompeii" (1830-1833), Brullov combined dramatic action, romantic lighting effects and sculptural, classically perfect plastic figures. The painting brought the artist great fame both in Russia and in Europe.

In the category of Bryullov's puzzles, you can get to know the works of this famous artist more closely by collecting reproductions of his world-famous works as mosaics.