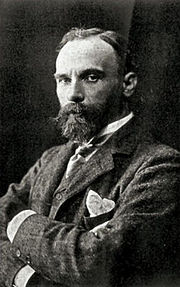 John William Waterhouse RA (6 April 1849-10 February 1917) was an English painter . His works were known for their depictions of women from both ancient Greek mythology and Arthurian legend .

Waterhouse was born in Rome to a family of English artists. He later moved to London, where he entered the Royal Academy of arts . He soon began showing his annual summer exhibitions, focusing on creating large canvases depicting scenes from everyday life and the mythology of Ancient Greece.