Jim Mitchell is an English Illustrator who specializes in greeting cards and illustrations for older children. Born in Stoke-on-Trent, he grew up in a "William" style home, family, and upbringing in an ancient village in Staffordshire. Wandering round woods and ditches with a sharpened stick, bow and arrow. He now lives in Dorset with his wife and two adult daughters.
As a child, he was influenced by all sorts of war stories and aviation, he always thought it was the drawing that mattered, not what you drew. His uncle designed the Spitfire, which Jim used to draw Spitfires from a young age. His father was an artist-translator who found a personal breath.
Jim did a degree in graphics and illustration. He usually works in watercolors with gouache on top, colored pencil on top, and then pastels on top, but what he considers most important starts with understanding the subject. Jim was declared the most promising newcomer by aviation artist Frank Waten.
Jim also likes to collect old soldier soldiers, as well as weapons and antique weapons. He takes a great interest in every aspect of the English civil wars. If he wasn't an Illustrator, he'd be walking the English civil war fields, lecturing. 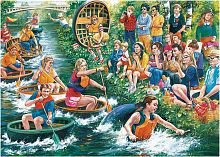 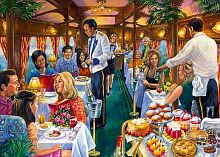