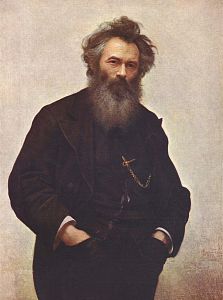 Ivan Ivanovich Shishkin (1832-1898) was a Russian landscape artist , painter, draughtsman, and aquafortist. Representative of the Dusseldorf art school; academician (1865), Professor (1873), head of the landscape workshop (1894-1895) of the Academy of arts.

Among Russian landscape painters, Shishkin undoubtedly belongs to the place of the most powerful draughtsman. In all his works, he is an amazing connoisseur of plant forms, reproducing them with a fine understanding of both the General character and the smallest distinctive features of any kind of trees, shrubs and grasses.

Russian Russian artist Shishkin creates a lot of paintings, in the subjects of which he refers mainly to the life of the Russian forest, Russian meadows and fields, however, touching on such motifs as the Baltic sea coast.

Reproductions of paintings by Ivan Shishkin are often chosen as the subject for mosaics, which are easy to find in the category Shishkin puzzles from different manufacturers. 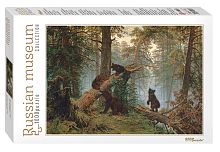