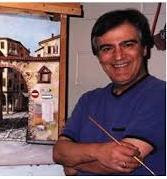 The story of H. Hargrove-began with a gift of colored pencils .
One of America's most popular living artists, H. Hargrove was born Nicolo Sturuano in Marsala, Italy, in 1941.
He received a gift, a box of colored pencils, on his tenth birthday. This sparked his interest in art, but the pressure of economic practicality led him to earn a degree in wine chemistry.
In 1964, the young Italian immigrated to America and soon accepted a position at a winery in upstate new York. Art, however, was never far from Nicolo, and on weekends he painted pictures of weathered barns and covered bridges.
Soon the management of the winery found out about his talent and decided to show his art in a public tasting room.
And when visitors showed more interest in his paintings than in the wine, Nicolo realized that it was time to turn his passion into a profession.
In love with America, Turano got my citizenship.He adopted the American pseudonym H. Hargrove.
As his reputation grew, he found himself in demand for a large audience of art lovers.
Hargrove subsequently became the subject of numerous magazine and newspaper articles, which in turn led to interviews on radio and television programs both local and national. High-ranking dignitaries and celebrities are now among his followers.
Having started his career by painting America, Hargrove has expanded his repertoire to include delicately-detailed still lifes, spectacular European landscapes and portraits with private contracts. 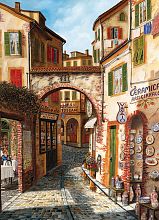 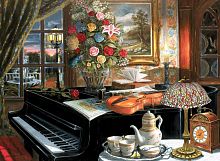 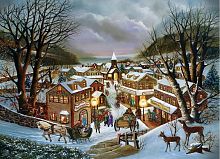