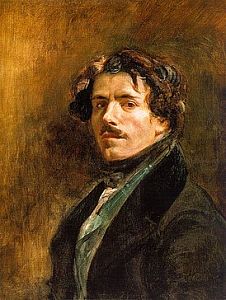 Ferdinand Victor Eugène Delacroix (26 April 1798, near Paris, France — 13 August 1863, Paris, France) was a French painter and graphic artist, the leader of the romantic movement in European painting. He headed the national French romantic school, deviating from the clear rules of academism. Having been on the way to official recognition for many years, and his art was only recognized at the end of his life, Delacroix became the idol of many young artists in France. "Freedom leading the people" brought the artist worldwide fame, becoming one of the most recognizable paintings in history.

The Louvre has a whole picture room — the Delacroix hall.
A crater on mercury is named after Delacroix. 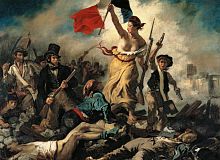