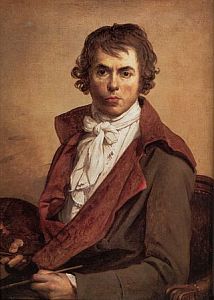 In 1766, David entered the Royal Academy of painting and sculpture, where he began to study in the Studio of Vienne. The pedagogical system of the latter, who was fascinated by antiquity, was based on the study of ancient art, the works of Raphael, the Carracci brothers, Michelangelo, and the requirement to achieve "truth" and "greatness"in painting.

In 1783, he was elected a member of the Academy of painting. Actively participated in the revolutionary movement. In an effort to perpetuate the events of the revolution, David writes a number of paintings dedicated to the revolutionaries: "The oath in the ballroom" (1791, unfinished)," the Death of Marat " (1793, Museum of modern art, Brussels).