Grew up in Richmond, Ohio
Dave Barnhouse's paintings have earned many awards and accolades. For several years, he was voted one of America's "most popular print artists" in the annual art dealer surveys conducted by USArt magazine. In 1995 and 1996, he was actually voted the "Third most popular artist" in the same poll. Dave was also included in InformArt's list of "Ten hottest new artists" in 1995 and placed third in 1996. He has been featured in many newspaper and magazine articles, and his prints and paintings are collected throughout the United States. at the international level. 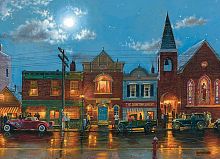 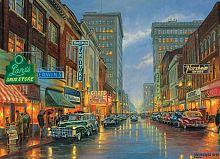