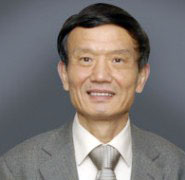 Alexander Chen was born in Guangzhou, China, in 1952.

Alexander started drawing as a child. At the age of 16, he and his family moved to the village, where he worked as a farmer for the next four years. Then for six years he worked in the theater, drawing scenery.

At the age of 26, Alexander found himself back in Guangzhou, but this time as a student at an art school and College, where he continued his painting studies. At art school, he met a classmate who would later become his wife. In this city, the artist was born, who was a simple village youth.
The artist's genius allows him to draw large-scale pictures of the city and beautiful landscapes.

In 1989, Alexander and his wife emigrated to America, he loved this country with its beautiful cities and national parks, which he depicts in his paintings.

Many of these images were used by companies such as; Toshiba Electric, Northwest Airlines, and Shin Nippon Co (Japan). Many others are used as calendars, puzzles, book illustrations, and postcards.

His paintings are a kind of gift to his adopted land, a sign of appreciation for the opportunity to live a life that he could only dream of… 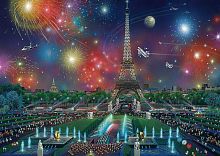 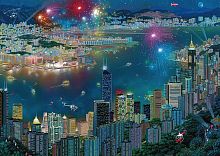 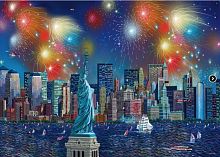