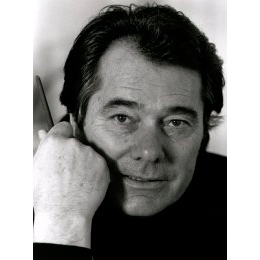 Puzzles by Italian artist Renato Casaro (Renato Casaro) - another version of the original puzzles with famous images in an unusual environment. Namely, a large number of" stars " of world cinema, which the artist deliberately places in a completely unexpected entourage. So, the beautiful Marilyn Monroe with James Bond and other famous movie personalities sit at a table that looks very much like a meal during the "Last supper", and king Kong, Charlie Chaplin, Elvis Presley relax in between shooting almost on the roof of a skyscraper-an attempt to parody the world - famous photo with the participation of skyscraper builders"Lunch on top of a skyscraper".
Renato Casar's desire to portray famous movie characters in his paintings is not accidental: for many years the artist created posters and posters for legendary films. And now, decades later, they are a tasty morsel for collectors who hunt for them all over the world.
Immerse yourself in the world of cinema and you, collecting puzzles by Italian artist Renato Casaro (Renato Casaro) produced by the German company Schmidt.
New
-10%
Schmidt puzzle 1000 pieces: the Star supper Renato Casaro
$14,01$15,57
57291
New 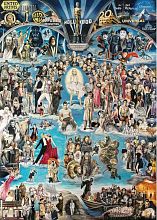 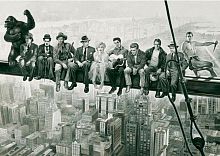 -10%
Schmidt puzzle 1000 pieces: the Break Between filming Cesaro
Out of Stock
Subscribe
57294
New 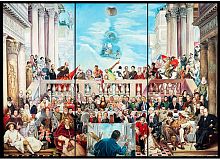 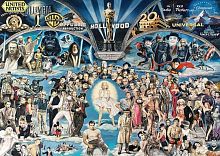