The art of Rex Ray series of puzzles will appeal to fans of interesting graphic design with a lot of ornaments, shapes, story canvas and the most daring color game.
Rex Ray) - this is an American artist who has chosen graphic design as one of the Central areas of creativity. So, he has worked extensively with such well-known companies as Dreamworks, Sony Music, Warner Brothers, City Lights Publishers and many others. Exactly work Rex Reya was embodied in the cover design for the album of music legend-David Bowie.
If you like such works, then puzzles series The art of Rex Ray will come in handy. In our online store, they are presented under the brand of the German company Heye. 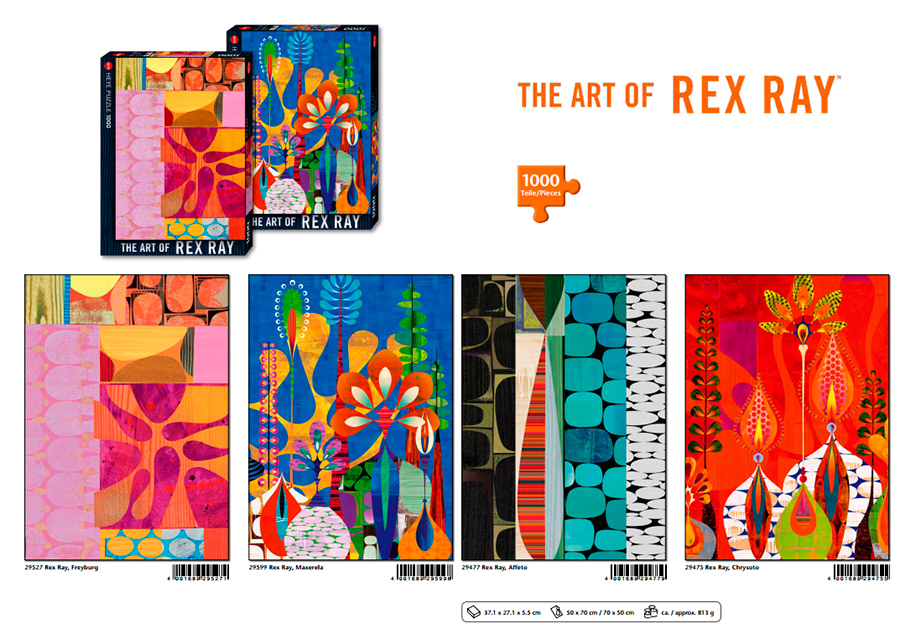