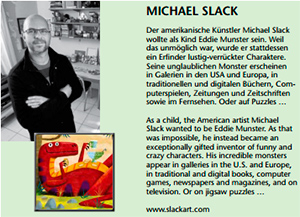 A series of monsters puzzles by American artist Michael Slack (Michael Slack) - this is a world of funny and very good-natured monsters that Michael lovingly recreates in his paintings. His humanized monsters, sipping coffee in the morning, reading the newspaper or waiting for the bus at the bus stop, can be seen not only as heroes of images for puzzles. They often appear on the pages of Newspapers, magazines, flash in TV screensavers and even computer games.
Get to know them better by collecting puzzles of the Monsters series produced by the German company Heye. Cheer up yourself and your loved ones by collecting these colorful puzzles! 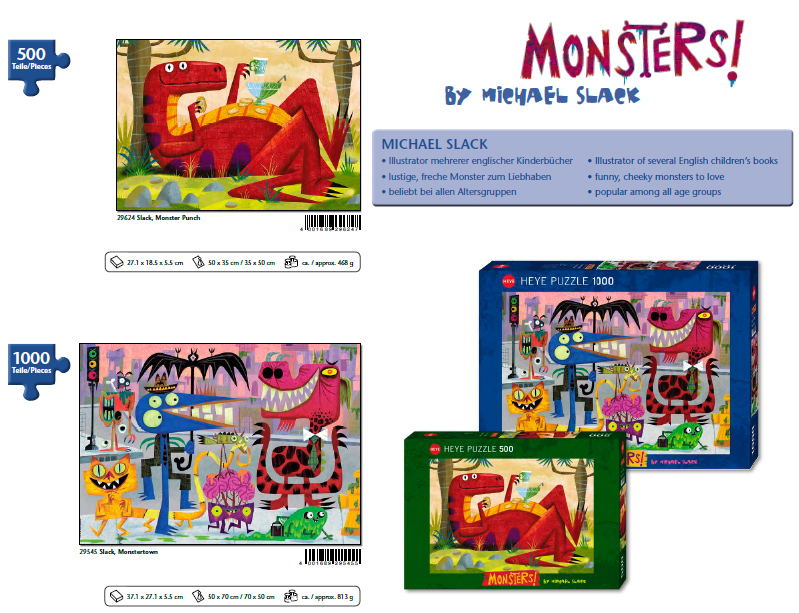