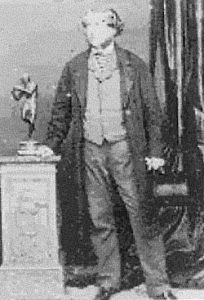 Scottish painter and teacher. Having started studying at the Royal Academy of arts school, he soon left it to go on a trip to Italy. Two trips to Rome in 1825 and in 1827-1830 had a decisive influence on the formation of the main figurative and stylistic principles of his art. The attention of the novice artist was attracted by the Italian painting of the Early Renaissance, especially the work of Pinturicchio, as well as the paintings of Raphael in the Vatican. Dyce studied the technique of murals and the problems of synthesizing wall painting with architecture. He was also close to the search for German Nazarene artists, in particular I. F. Overbeck. Under their direct influence, the early style of the master was formed, which was characterized by a cold rationality of composition, generality of form, precise, somewhat harsh drawing and rather conventional, local color. The range of subjects addressed by the painter was associated with Evangelical subjects or literary heroes, later with characters in the medieval history of England and Scotland. Repeatedly returned to the image of the Madonna and Child (CA. 1836, Nottingham, castle Museum). In the 1840s, the master received official recognition, he was elected a member of the Royal Academy of arts (1848), became a favorite painter of Prince albert, who attracted him to work on decorating the interiors of the new building of the English Parliament. In 1846, the artist painted the first fresco of the Baptism of Ethelbert, and the following year began painting the Queen's dressing room in the Palace of Westminster. He continued to work in the field of monumental painting until the end of his life.

In his views and style, Dyce proved to be the immediate predecessor of the pre-Raphaelites, a kind of link between them and the Nazarene artists. The pre-Raphaelites were very sympathetic to him, although the ideologue of their movement, J. Ruskin, criticized Dyce for "imitating the old masters". In the last years of his life, the artist began to pay more attention to details, adhering to Ruskin's insistent recommendations to follow nature, rejecting nothing, choosing nothing. He carefully prescribes landscape backgrounds (Christ the sorrowing, 1860, Edinburgh, National gallery of Scotland). Referring to the practice of the pre-Raphaelites, he often combines in one canvas the figures of characters executed in the Studio, and a landscape painted from nature.

Dyce's most famous work today was a landscape painted during a holiday on the coast-Pegwell Bay, Kent-a Memory of October 5, 1858 (1859, London, Tate gallery). The artist introduces the image of comet Donati into the landscape captured from nature. The chalk rocks surrounding a deserted beach with small pebbles are painted with special care, and lonely figures wander along it, not paying attention to what is happening in the sky. The atmosphere of aloofness is enhanced by the pale afternoon light, giving rise to a complex sense of external peace, deep anxiety and melancholy.

Dyce was a man of many interests. He became a leader of the High Church religious movement, composing Church music, writing about Church architecture, and creating illustrations for the Book of common prayer. He was also engaged in applied art, in particular stained glass. From 1839 to 1843 he was in charge Of the school of applied arts at Somerset house. He was Professor of art theory at king's College, London. Subsequently, he published a book based on his lectures. Advised the National gallery on the acquisition of the collection. However, in 1850 he refused the presidency of the Royal Academy of arts. 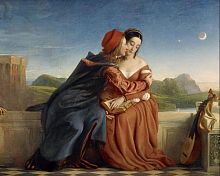