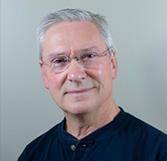 Mike is a photographer from New England, lives in new Hampshire and specializiruetsya on nature photography and landscape. His images exude a sense of tranquility, mystery and simplicity. These attributes are embodied in its motto "Serenity in landscapes" .

Mike photographs in the New England States. His favorite destinations in New England include the White mountains of new Hampshire, the Green mountains of Vermont, Acadia national Park and the coast of Maine, Cape cod in Massachusetts and Narragansett Bay in the state of Rhode island. In addition, Mike travels extensively to capture new images. His passion for photography extends across the Colorado plateau, down to the Southern Appalachians and to Europe.

Mike aims to capture nature at its best. In this regard, he prefers to work at dawn, sunset and dusk, as this watch is, as a rule, contain more possibilities for drama in his images. He also enjoys night photography, constantly in search of clear skies, bright stars, colorful milky Way and the elusive Northern lights.

His photographs have been published in books by authors such as National geographic society and historian Eric Jay Dolan, in numerous music videos prolific composer Tim Janis in magazines such as Digital Photographer , Mother Earth News and GEO Voyage (the French equivalent of National Geographic traveler). His diverse client list includes The Orvis Company, the National geographic society, Willow Creek Press and the Nubble Light Gift Shop to mention a few. 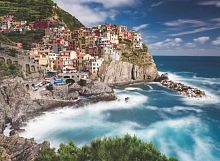