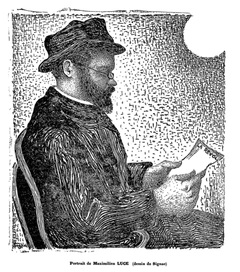 Maximilian Luce (French, 1858-1941) was a French neo - impressionist painter.
Maximilien Luce studied as an etcher, later studying in the Studio of the Free Paris school of artists Académie Suisse and with Eugene Froment. According to his political views, he is an anarchist. Together with Lucien Pissarro, son of the artist Camille Pissarro, he founded the Groupe de Lagny art group in Lagny, with the goal of developing Georges Seurat's theory of color and his technique of color separation. Luce also appreciated the work of Camille Corot. In addition to landscapes, portraits have appeared in his work since 1887. 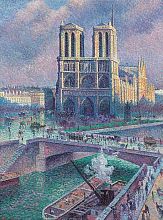