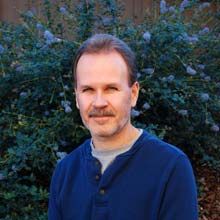 John Rattenbury was born in Cheltenham, England in 1966 to an artistic family. His mother and grandmother were talented musicians. When rattenbury was three years old, His family moved to Northern California. Here Rattenbury spent much of his youth exploring the lush landscape that would become his creative inspiration for years to come. Essentially self-taught, Rattenbury began painting with oils and acrylics at the age of 13. It soon became apparent that his vocation was in the visual arts.

After leaving school, Rattenbury began working in a number of art industries. He designed stained glass, retouched photographs in the Studio, and worked in the printing industry, all the while honing his skills in fine painting. In the 1990s, rattenbury was finally able to show his work at a gallery in southern California, and this inspired Him to continue painting as a full-time career. In 2004, he founded Rattenbury fine art and has published his own work ever since.