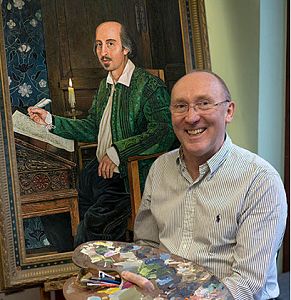 Geoffrey was born in 1954 near Stourbridge in the West Midlands.
After earning a BA in illustration and a couple of years in design studios, he became a freelance artist.
His clients were Tarmac, Pirelli, RNLI, M & S, Boots, BHS, BBC, Oxfam, World World Snooker and others. His work in fine art is published by Solomon and Whitehead, and his work can also be seen on greeting cards and stationery.
Red-haired cat Marmaduke, which is one of the most famous works of Jeffrey. His work is always full of warmth and humor and is in great demand all over the world. Charming images of Geoffrey Tristram with cats at work, in the game.
His work is well known throughout the United Kingdom, where it has appeared on postage stamps, printed sleeves, advertisements, and as images of still life and fine portraiture. He is widely known for his love of detail. It was originally a Commission to draw a cat in a home setting, which sparked his interest in painting cats in realistic environments doing all the things cats and kittens love to do.
He is a dedicated cat lover and constantly borrows cats to be immortalized on canvas.
New 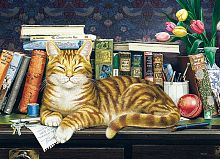 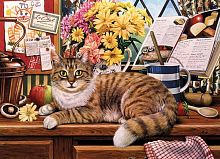 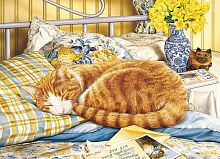 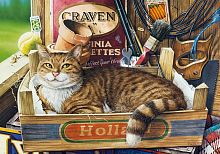