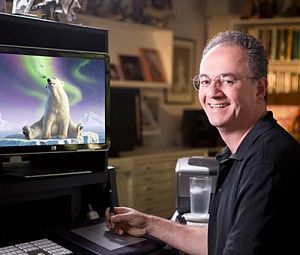 Originally By Jerry LoFaro(Jerry Lofaro) wanted to become a zoologist, or rather, a paleontologist, but his interest in the life of dinosaurs, animals, fantasy, art history and literature, combined with good humor, allowed him to start a successful career as an Illustrator. He is also called a hedgehog-paleontologist.

He received his first education in 1980-1981, attending various courses. The most valuable lessons Jerry received later, in drawing classes with Gustav Rehberger, in the League of art students (new York).

Jerry's work can be seen on book covers and as illustrations by a number of major publishers, such as Random House, Harcourt, Ballentine, Avon, Bantam, and Viking Penguin.

Jerry LoFaro puzzles are images based on reproductions of his famous works. 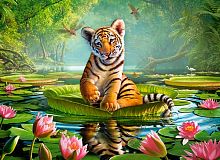 Puzzle Castorland 300 details: the Tiger in lilies
Out of Stock
Subscribe
В-030156